Major Projects on the Horizon

Large-scale projects have helped to keep the construction industry busy through what could otherwise have been lean times in recent years. But since work on the redevelopment of LF Wade International Airport was completed, the multimillion-dollar jobs have dried up. The pandemic has dampened demand. Tourism, a major consumer of construction services, has struggled, as visitor numbers slowed to a trickle. The planned overhaul of the Fairmont Southampton by owners Gencom has been delayed by the uncertainty caused by Covid-19. Commercial real estate has also been rocked, as many retailers shut down after lockdowns and restrictions tipped some over the edge, while the move to remote working has led to smaller numbers in the office and to companies reconsidering their needs for physical space.

There are, however, hopes for major projects on the horizon:

Fairmont Southampton
The main stumbling block at the time of writing was financing, while Gencom was negotiating strongly to obtain as many concessions as possible. David Burt, the Premier, announced that a special Act would formalise government support for the project. Mr Burt also revealed plans to extend concessions available for hotel developments through amendment of the Tourism Investment Act. Before the pandemic, the hotel provided more than 700 jobs and welcomed 28.5 per cent of the island’s hotel guests, figures that speak to the hotel’s economic importance to Bermuda, a factor that adds urgency to the project. 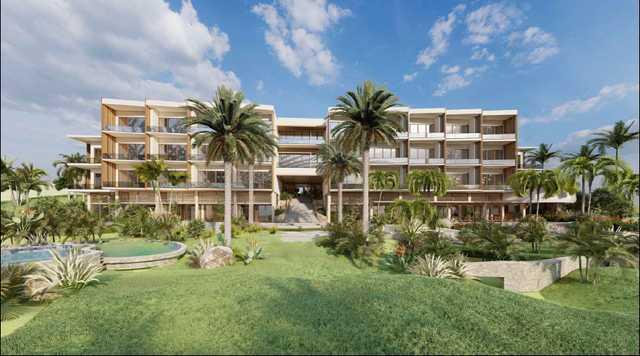 Plans to redevelop Ariel Sands, the closed 13.8-acre Devonshire resort, have been submitted to the Planning Department. They envision a 33-room hotel with amenities, 21 villas, plus a 30-key condominium development, which could open as early as 2025. The construction work is expected to take about two years and create 60 to 80 jobs. 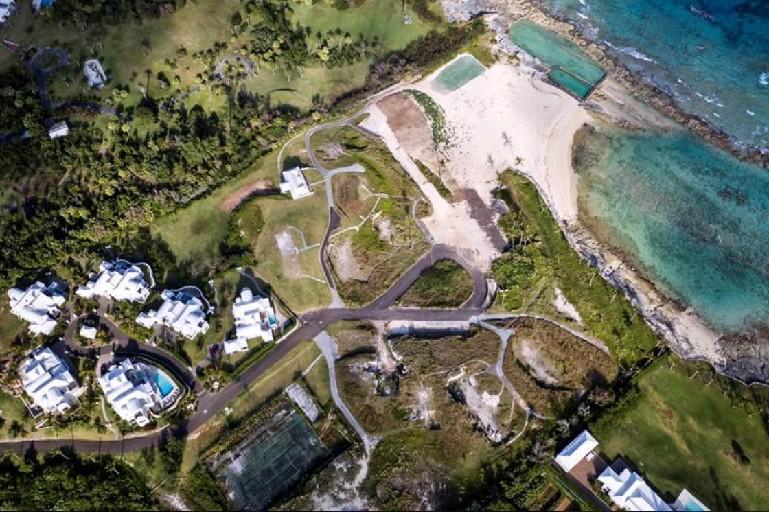 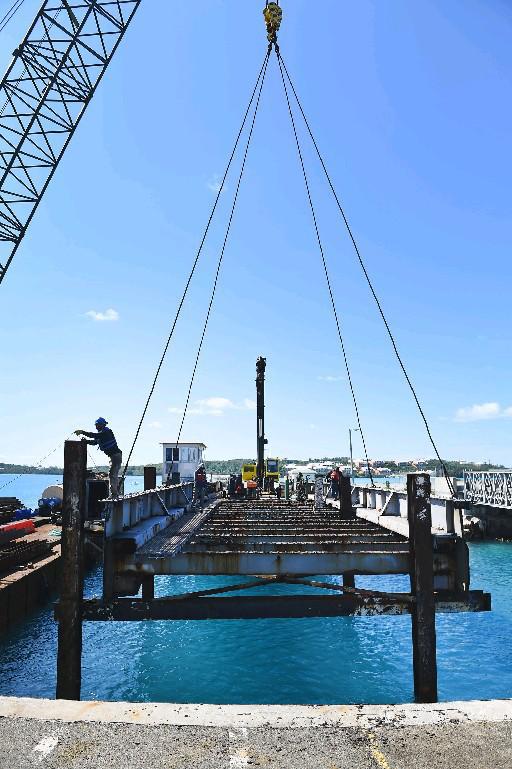 Bridges
The Government has spoken of the need to replace the Longbird Bridge and Swing Bridge. David Burch, the Minister of Public Works, has estimated that the combined cost could reach $100 million and said funding was the biggest challenge. In February this year, the Government published a request for proposal seeking an engineering firm to conduct a “detailed condition assessment” of the of the Swing Bridge.

Ottiwell Simmons International Arbitration Centre
In March 2021, Minister Burch said the new arbitration centre on the site of the former Hamilton Police Station would be paid for through a “rent-to-buy” scheme, a type of public-private partnership project. The Government was considering a proposal from Chicago-based Millhouse Engineering and Construction. While smaller construction firms have enjoyed a boost from the ongoing boom in residential work, larger firms need the big projects, said Bryan Adams, director of ABM Ltd and vice-president of the Construction Association of Bermuda. “The big projects tend to be handled by the larger firms who have higher overheads, including estimators and project managers,” Mr Adams said. “Without these big jobs it is difficult to support a large staff infrastructure. “On the commercial real estate side there are no big projects currently under way, but there are some office renovations keeping at least some firms busy. Some landlords are holding off renovations until they can secure tenants while some tenants are investing in adapting their offices to meet the needs of a post pandemic workplace.” Simon Tully, president of COAB, described big projects as “extremely important” to the industry. “The labour aspect plus the cash injection into the economy of goods and services associated with a labour pool that will have money in their pocket cannot be underestimated,” Mr Tully said. “Plus, the supply of building products bodes well for importers and local suppliers, from shippers to gas stations.” Alex DeCouto, of Greymane, said the larger projects were helpful to the wider economy, as they were often funded by foreign dollars and created infrastructure that produced long-term benefits. He added that “hospitality redevelopment should be a national priority”, pointing out other sites in need of investment, including Elbow Beach Hotel, Bermudiana Beach, Morgan’s Point, Lantana, Daniel’s Head and Sonesta Beach. He added that the Government had “done an admirable job of maintaining capital project work and ensuring widespread participation, especially given the current financial constraints”. “The water infrastructure projects in the east end have been chopped up into several projects that have been widely tendered,” Mr DeCouto said. “They have also bid out new solar and charging infrastructure for the new electric bus fleet.” He understood that the new arbitration centre was being funded on a “design-build-finance-operate-transfer” basis, with a 21-year payback period. “I think this is a very clever tool to deliver new projects for the Government, as it shifts the performance and maintenance risk over to the private sector, who in theory are more effective, and avoids big capital outlays for the Government,” Mr DeCouto said.