THE GREAT RESCUE MISSION OF 1915

Thirty-three sailors and three tiny kittens were saved in one of the most remarkable rescue missions in Bermuda’s history during the great hurricane of 1915.

The SS Pollockshields, a supply ship for the First World War bringing ammunition to Bermuda from Cardiff, had smashed into reefs several hundred yards off the South Shore, Paget, after being lashed by winds stronger than 111mph.

All but one of the people on board – as well as a bag containing the cats – were brought to safety after Antonio Marshall organised an heroic rescue, braving fierce winds with volunteers in four trips on his whaling boat.

The only person to perish was Captain Ernest Boothe, who tragically died while trying to fetch a lifebelt from a deck cabin for one of his crew.

The Royal Gazette reported on September 9, the day after the rescue: “The seas were running tremendously high all Monday night and early on Tuesday morning the shrill whistle of a steamer gave notice to the people of Paget that something was amiss.

“Through the spray and mist which hung between them and the first line of breakers, the inhabitants of the South Shore hotel saw a large steamer heading NNE and hopelessly fast among the reefs.

“The cruel line of reefs held the wrecked ship in the grip of a monster and the great seas flung themselves upon the group of men gathered together on her deck as if to tear them bodily.”

As the sailors clung for their lives to the wreckage, winds appeared too severe for a rescue mission.

The Gazette’s report, which is recorded in Terry Tucker’s 1995 book Beware The Hurricane, said that people came to help, bringing with them “what lifesaving apparatus they had at hand” Bermuda volunteers and numbers of others keen and anxious and alas! Helpless, in the teeth of that wind and that sea.”

Mr Marshall’s whaling boat, built for battling great volumes of water, was deemed capable of riding out to save the sailors. The problem was that it was in Jews Bay, several miles west of Paget.

The Gazette reported: “So, in the whipping storm of that night, spurred on by the thoughts of men clinging for their lives to a broken ship, the rescuers walked over the hills to find the boat.

“In the days to come, some of those who walked beside Mr Spurling’s dray which carried the great boat, and fought with the wind that tried to capsize it and coaxed the horses that drew it, will tell the tale of that midnight journey to their grandchildren, and they will not forget to mention the name of a lady that was as good as six men, and who found hot coffee for them before they started off on that dark and dangerous road.”

Their first attempt failed as the boat overturned in the surf, but the second trip successfully brought six men to the shore “using a clever arrangement of ropes and life buoys”.

The Gazette reported: “One or two were much exhausted and some, with the help of buoys, swam ashore and were helped up to the hotel, where warm blankets and rinks and the kindest care awaited them.”

Three further trips brought back each of the survivors, including “three tiny kittens who were brought ashore in a bag and are now enjoying the hospitality of the South Shore Hotel, together with 33 sailors of various nationalities, for we understand they comprise English, Irish, Americans, Greeks and Belgians.

“They are being helped by gifts of clothes, and in various ways by residents in the neighbourhood.”

The newspaper congratulated the Bermudians for their “plucky conduct”.

His sad tale was told in The New York Times a week later by Dan Young, one of the ship’s officers, who recalled that Captain Boothe had sent him to the deck cabins to collect a lifebelt for crew member James Smith.

Mr Young said: “By that time, the seas were sweeping over the wall deck, and it was a tight job to get there without going overboard, but I managed it and found the doors locked.

“I got back and reported to Captain Boothe that I could not force the doors and offered to go again if he would give me the keys.

“The captain got down all right, but just as he was making for the alleyway a big sea struck him, and he went overboard and was swept astern.”

Mr Young said the sailors could not reach Captain Boothe to save him.

“The last I saw of him alive he was on top of a great sea, within ten feet of a sharp coral rock,” he said. “The rest of us reached shore later that day.”

Eight decades after his death, Captain Boothe’s granddaughter Jean Hope visited Bermuda from the West Midlands of England, to learn about his heroic efforts for the first time.

During her visit, she was told the full story by Maritime Museum guide Tommy Aitchiso, diver Ernest DeCouto and Mr Marshall’s son Eric.

Ms Hope told The Royal Gazette: “To think we came just intending to see the grave, hearing the rest of the story made it so real.

“We knew Ernest was buried in Bermuda and that was it. We didn’t know he was a hero.”

The Pollockshields was a German-built vessel which was captured by the British off Gibraltar and converted into an ammunition vessel for the anti-German war efforts.

It was later dynamited and sunk and would eventually become one of Bermuda’s best-known shipwrecks, near the Elbow Beach Hotel.

The storm, classified as a Category 3 hurricane using modern day measurements, had started in the mid-Atlantic before turning north to Bermuda.

Its winds lingered for four days and caused damage to Commissioner’s House in Dockyard and the Cathedral in Hamilton as well as numerous roofs, boats and trees across the island. 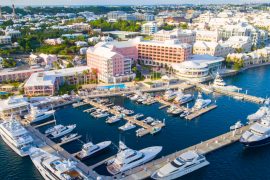 HOTELS CAN OFFER SAFETY AND COMFORT 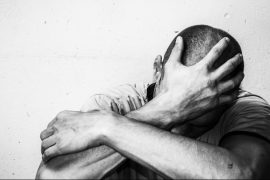 BERMUDA’S HOMELESS HAVE HELP IN A STORM 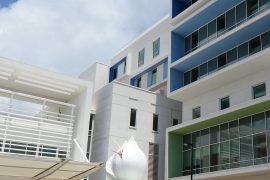 PREPARED FOR IT ALL