Historic Bailey’s Bay home has a great story – or two

Just off North Shore Road, near Bailey’s Bay, a serpentine driveway beckons you up the hill to historic Clifton Heights. Palm trees and casuarinas dot the expansive front yard until you reach the house where famed author Frances Hodgson Burnett once lived. Burnett had taken up winter residence in Bermuda in 1911 shortly after publishing The Secret Garden, one of her better-known books along with Little Lord Fauntleroy. 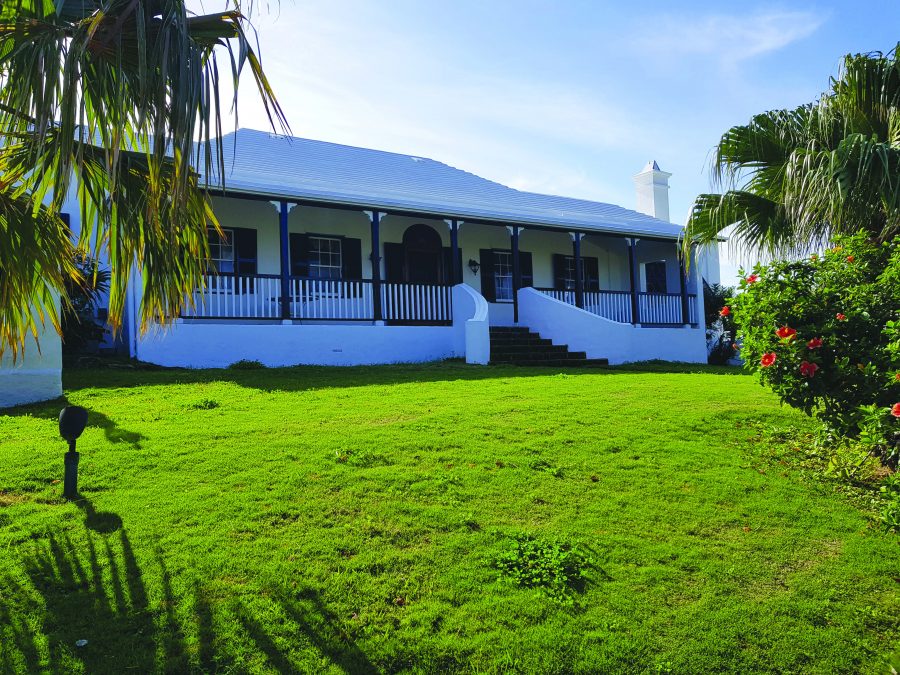 Just off North Shore Road, near Bailey’s Bay, a serpentine driveway beckons you up the hill to historic Clifton Heights. Palm trees and casuarinas dot the expansive front yard until you reach the house where famed author Frances Hodgson Burnett once lived. Burnett had taken up winter residence in Bermuda in 1911 shortly after publishing The Secret Garden, one of her better-known books along with Little Lord Fauntleroy.
Shortly after setting up house at Clifton Heights, she created a real-life secret garden with 762 rose bushes protected by the white coral wall on the right side of the sloping hill. On the other side, she planted lilies, shielded by oleanders, to help give her peace of mind, far away from the hustle and bustle of her summer home in New York City.
Burnett was already a well-established author by the time she rented Clifton Heights from Samuel and Mary Outerbridge. While in Bermuda, she continued to write and penned another seven books. Those included The Lost Prince, and 1922’s The Head of the House of Coombe, which was the fourth-highest best-selling novel in the United States that year.
While Burnett is the most famous person to live at Clifton Heights, over the years, it was owned by a veritable Who’s Who of Bermuda. According to the National Trust, it is most likely that Captain Englesbe Seon had the Victorian-style house built in the 1840s. Seon was a businessman who made his fortune in the West Indies and the Americas. When he took up residence in Bermuda, he was elected to the House of Assembly and later served as a magistrate.
While the welcoming arms and the brick steps at Clifton Heights were added in the 1980s, the stately veranda is an original feature from Seon’s time – harkening back to a bygone era in Bermuda where you can imagine guests lingering over a Champagne cocktail as they watched ocean-going steamers slip past Bay Island along the north shore.
Of course, in Burnett’s time, they might have been sipping a ‘Mary Pickford’, a cocktail named after the iconic silent film star, nicknamed ‘America’s Sweetheart,’ who would go on to star in two of Burnett’s book deals turned into movies, including the famous Little Lord Fauntleroy.
As expected, you enter the home through a cedar front door, finding yourself in the original section of the Seon home. The wooden floors of the spacious living room creak beneath your feet while a majestic cedar bookcase, that peaks near the high ceilings, frames one of the walls. The scent of cedar wafts in across the windows and frames, allowing the distinct fragrance to permeate the room. A gilded fireplace is at the far end of the room, in front of which it is easy to imagine Seon surrounded by the movers and shakers of the time. They may have been discussing his donation of the land that Black Bermudians used to open up a school where Temperance Hall now stands.
To the left of the entry, sits the master bedroom, with an ensuite bathroom. It presents a panoramic view through the window that extends past Bailey’s Bay out to the Atlantic Ocean – surely prompting a linger in bed, for just a few more minutes. 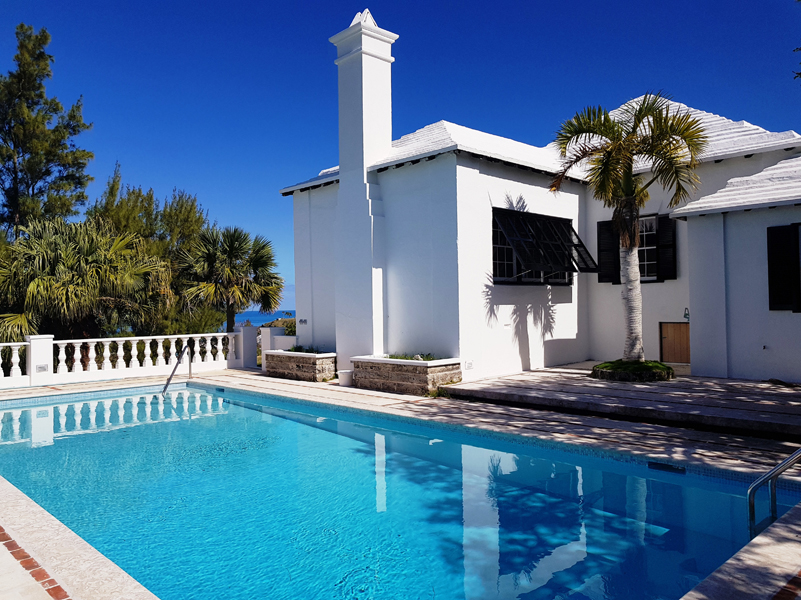 Expressing more modern times, the ample master bathroom is decked in marble, providing a layer of luxury that befits this noble manor. The jacuzzi tub and glass shower with seat, allow for spa-style comfort in the lap of history.
The wooden floorboards, which run throughout, continue to creak as you wander down the hallway into another bedroom where you are greeted with another immense, conjoined, cedar bookcase that blankets two walls. Considering that an author of Burnett’s renown lived here, it seems a fitting, even if unintended, tribute to her.
Further down the hall, a lordly chandelier announces the dining room where the formerly wood-burning fireplace has been converted to gas, reminding us that the house has indeed moved into modern times.
In the kitchen, which was once separate, but now joined, you can see where the cooking fireplace would have been a century ago, calling back to a time when the home’s staff would have been hard at work preparing meals for the owners of Clifton Heights. Two exposed cedar tie beams are a reminder of a time when this was commonplace.
Stepping out the kitchen door into the back yard, you only take a few steps to what used to be a servant’s quarters. Today it is an apartment that could be enjoyed by visiting guests or provide rental income. Downstairs is a living room and kitchen, while upstairs is a full bedroom.
A most curious feature in this building is the wooden staircase, which has offset steps for the left and right feet. (PULL THIS SENTENCE AND USE AS CAPTION FOR THIS PHOTO).
The backyard contains a service building, now used as a laundry and a workshop, but the rusty, hand water pump sitting outside of the building is a further reminder that Clifton Heights represents a time now passed by.
Contrasting this ‘water feature’ is another more modern one that is to be expected in a home of this stature – the swimming pool. Privacy is afforded by trees that act as sentinels to keep any prying eyes at bay.
We often hear the phrase, “if these walls could talk”, at Clifton Heights they almost do, expressing a time from which Bermuda has moved on, but the essence of which can be found in the scent of cedar and creak of floor planks at this historic home.