The evolution of tourism

When you think back 20 years ago, what was the overall sentiment around the Island’s tourism industry?
I became Minister of Tourism following the passing of Minister David Allen who lived, dreamed and breathed tourism. To carry out his dreams, and implement my own was an exciting task – a challenge that I was up to. We had to figure out how to get the Bermuda product right and find new incentives to get visitors to our shores. I pushed for more tourists from London, and had a very successful campaign, thanks to help from a stellar marketing/ public relations firm. The policies and choices we made saw numbers rise from 2002 until 2006. We were focused on improving air arrivals more so than cruise ship passengers, and the strategy we implemented worked for years after being put into place.

What were the biggest challenges in growing the industry at that time?
One of the biggest challenges was finding a way to increase the bed capacity and boost the number of hotels/guest houses in Bermuda. Another challenge was getting more air visitors to the Island. As Bermuda is a costly destination, it proved difficult attracting high-end visitors and ensuring that once they were here, they had the top end service they needed. Both of these areas still need work today. Local hospitality professionals need to be at the top of their game in order to ensure our service is outstanding. Another challenge I saw was that the Department of Tourism needed professional support. I later advocated for and spoke publicly about the need for a tourism authority. While I didn’t get the support needed then to make it happen, I am glad to see the Bermuda Tourism Authority doing well under the leadership of Kevin Dallas, Glenn Jones and the rest of their team.

What were some of the biggest milestones in tourism happening in 2000?
The Millennium was a time when we were looking at not only tourism, but other ways to grow the Bermuda economy under the first PLP Government, elected into power in 1998. Bermuda is still working on getting its tourism product right. The cost of doing business, and the cost of being a guest in Bermuda can sometimes be a deterrent. We have to look at ways to get more tourism dollars to invest in Bermuda without heavy Government subsidies. We also have to get more boots on the ground by bringing in much needed foreign labour when necessary. 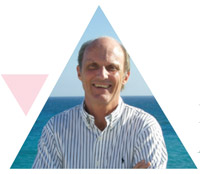 David Dodwell Sr
OWNER OF THE REEFS,
FORMER TOURISM MINISTER
AND FOUNDING CHAIR OF THE BTA

How would you describe the Island’s current tourism industry?
Like every other tourist destination, Bermuda is constantly evolving, and it needs to. You can’t build or develop something and leave it the same. The competition in the travel industry is incredibly fierce today. Forty years ago, people going on vacation thought of the Caribbean, destinations on the Eastern Seaboard or Europe. Today, we’re competing with every other part of the world – as countries in the African and Asian continent are accessible now thanks to more direct flights. Bermuda’s ‘major competitive advantage’ is that we’re in a prime geographic location and just a 90-minute flight from the East Coast. That means that visitors can leave in the morning and be on the beach or golf course in the afternoon.

Looking at where the Island’s tourism product is now, how do you feel?
I feel optimistic! We’ve made some promising changes, many of which have been driven by young people. As more Millennials come to Bermuda, they expect to see a greater variety of experiences. The advent of the rental car, for example, has been a huge success and tends to be safer and more comfortable for visitors. I believe if we continue to evolve as a destination, we’ll win. If we don’t meet the needs of travellers they will vote with their feet and their wallets and find another place to go on vacation.

What industry trends have emerged in the last couple of years?
Today’s tourists are looking for experiences when they go on holiday. They don’t just want to lie on the beach and sip cocktails, they want to immerse themselves in the local culture. For example, food today is so much more important to travellers than it was when I came along. In the 1970s, I’d say Bermuda scored a B- when it came to food. Because the competition is so great now, we’ve really raised the bar when it comes to dining experiences. Customers want culinary excellence and creativity and are willing to pay for it. Visitors to Bermuda are also staying on average for shorter periods. They want to go somewhere quickly, enjoy the experience and get back to their normal and busy lives.

From your vantage point, what have been the key industry wins of late?
The big one is the creation of the BTA. I began speaking about the need for an independent authority, one that wasn’t politically aligned or driven, in the mid-1990s. When I became Tourism Minister then, I realised that no national government would be able to run an industry that was competing with the rest of the world. Seeing the BTA come to fruition has been one of the most satisfying experiences of my life! It has brought an incredible amount of buzz to the Island through events like the America’s Cup, ITU World Triathlon Bermuda, and most recently the PGA.

What challenges and rewards do you see the industry currently facing?
One of our biggest challenges is our attitude towards tourism, I believe. We need to create a greater appreciation and educate young people on the benefits that exist in the industry. Unfortunately, over the years, people have thought of it as an ‘employer of last resort’ for those who couldn’t find jobs as a doctor, lawyer, or in the insurance industry. There needs to be an understanding that we’re not just selling a product. We’re selling memories. From the time people make a reservation, check-in at their hotel or arrive at the airport, they are building a lasting impression of our Island, its people and culture. The rewards, if we get that part right, are palpable – a longer season, higher hotel occupancy, more people employed, and businesses being successful. 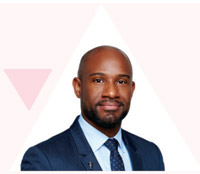 “I believe the future for tourism in Bermuda needs to be greener, more frictionless and embracing of the share economy. Increasingly we’re finding that visitors in our target audience value sustainability and want to have a minimal environmental impact on the destinations they visit. However, our own habits as a country, sometimes run contrary to what our visitors demand. Our community can do much better at: lessening fossil fuels, recycling more and reducing single-use plastics. These moves don’t need to be a burden, they can be economic drivers. Eco-focused visitors are prepared to pay more to lessen their impact on the environment, and we have the assets – healthy ocean, migrating whales, cahows on the comeback and pink sand beaches. These give us an advantage. We just need to leverage these opportunities in a sustainable way and from what I’ve heard, the government is ready to lead in this area. We are also aiming to make the tourist experience more frictionless. The visitor experience is increasingly cashless, and we’re lagging behind in this regard as it relates to transportation. We have to do better in a number of areas including: credit cards accepted in taxis, non-cash options when boarding buses and ferries and more reliable transport from the airport, particularly after 9 pm. Last, but not least, we need to adjust to the fast-moving share economy trends around vacation rentals, transport and dining experiences in people’s homes. From a cultural and regulatory perspective, we can win in this area. We not only have to keep pace on this in the years to come, but stay ahead of it to beat our travel competitors.” 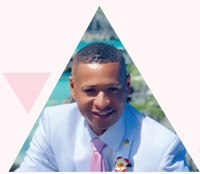 “Looking forward into the future, I hope to see more passionate entrepreneurs entering the tourism industry. Our continually changing tourist demographic brings about a continually changing demand of what people want to see/do in Bermuda. Bermudians are very creative, innovative, and determined people. I love when I see another entrepreneur enter this industry and fill a void or alleviate a pain point for tourists. It’s also important to keep in mind the changing needs of our planet. I hope to see a stronger push towards more sustainable/green practices and initiatives on this Island in the future; from eco-tourism and electric cars, to the elimination of single-use plastics and much more. I feel Bermuda is on the right track when it comes to fostering creativity and entrepreneurship. Programmes such as Ignite Bermuda, services through the Bermuda Economic Development Corporation, and legislation such as the Tourism Investment Act are doing a fantastic job to help inspire and encourage Bermudians. Our biggest challenge ahead of us is our inability to get out of our own way. Bermuda, while amazing in many aspects, can be very hesitant towards change or anything that strays from the status quo. Entrepreneurs, both local and foreign, can find the business environment extremely challenging with antiquated laws, miles of red tape, and varying answers from varying people/agencies. Bermuda has to move away from a culture of ‘no’ to a more open-minded environment that fosters creativity and brings our ideas and processes into the 21st century. By far, our people are our greatest resource. The tourism/hospitality industry is only as strong as the individuals on the front lines, and thankfully Bermudians know how to do it best when it comes to friendliness and hospitality.”