Olympian, outdoor enthusiast, self-confessed techie, Zander Kirkland has been doing plenty with himself since he competed alongside brother Jesse in the 49er class sailing event at the 2012 Olympic Games in London.

In this issue of Big World he talks to us about start-ups, life in California, and why an art bar is the best night out in San Francisco.

What took you to San Francisco?

Jesse and I trained in SF for months when we were campaigning for the Olympics because of its famous sea breeze. I was blown away by the beauty of the region and the diversity of outdoor activities (snowboarding, surfing, hiking, etc) it supported. I also had heard murmurings of the areas burgeoning tech scene, which was the one green shoot in the tough economy at the time.

It’s a progressive, entrepreneurial atmosphere that looks at existing and new problems with an interesting slant that is positioned well towards the future. It seemed like an amazing place to try out as I restarted my life after the Olympic sailing was over.

I moved to the city six weeks after the Olympics with the plan to immerse myself in the start-up scene. Primarily leveraging my hustle, project management experience and fundraising skills demonstrated over the three year sailing campaign to finagle my way onto a small exciting team working on an interesting problem.

I knew I didn’t want to be a sailor for the rest of my life and that it was exciting to be passionately working on a complex project with other like-minded individuals. Fast forward five years and I have been immersed on four, mostly very small, teams bringing new products to market in a variety of industries. These have ranged from online dating, on-demand retail workers, software QA and presently, personal finance. Some of those companies no longer exist, but I have learnt a tremendous amount as we worked to find a product/market fit in these developing spaces.

What do you like best about living on the West Coast?

California has it all and the scale is massive — Yosemite, Lake Tahoe, Mt Shasta, Santa Cruz, Big Sur, RedWoods, Mendocino, Lost Coast, LA, Santa Barbara, and the Central Coast are within striking distance for weekend missions. I have put 40 thousand miles on my car in five years, basically just doing these strike missions. The unique geo-climates are pretty crazy and the surf’s pretty good too.

Are you still sailing?

Yes, I sail regularly with friends in a Knarr (similar to an IOD — 30ft keelboat), but it’s just for fun and is nowhere near the performance sailing we used to do in the 49er. I still love it though and enjoying learning a new class in a tricky venue — SF Bay currents are notoriously difficult to understand. I would love to do more ocean racing, like the race to Hawaii or the race from San Francisco to Santa Barbara. There is nothing like going downwind with the spinnaker up in big waves and good friends!

What are your goals for the future?

This is a tough one! At the highest level to keep learning alongside smart people and hanging out with my favourite people! I would love to grow into a place where I can develop my own business and work for myself. I’m also keen to keep having fun outside with sailing, surfing, snowboarding, hiking/backpacking. I want to keep fostering and acknowledging that spirit of adventure for as long as it burns inside me! 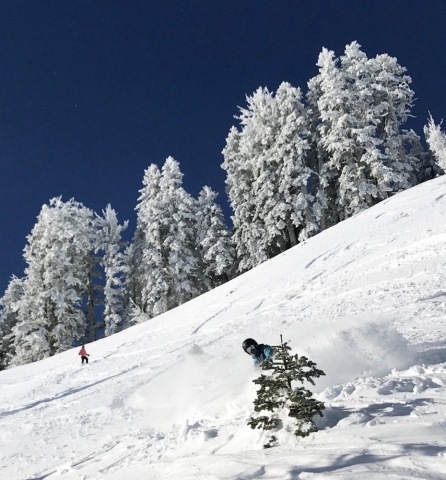 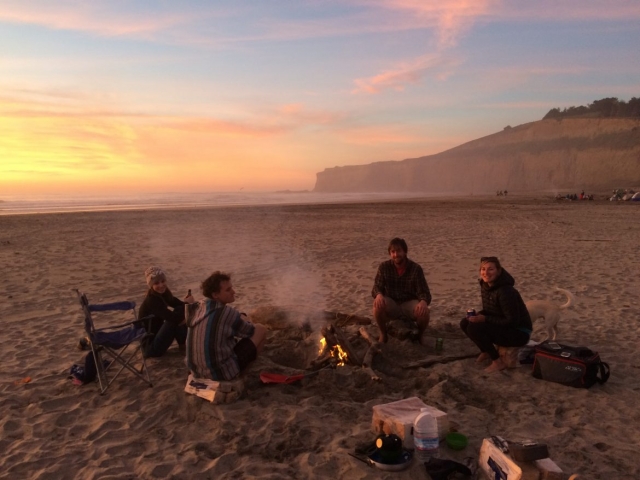 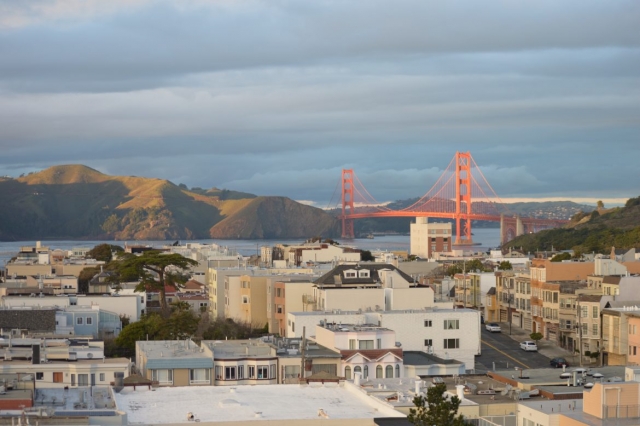 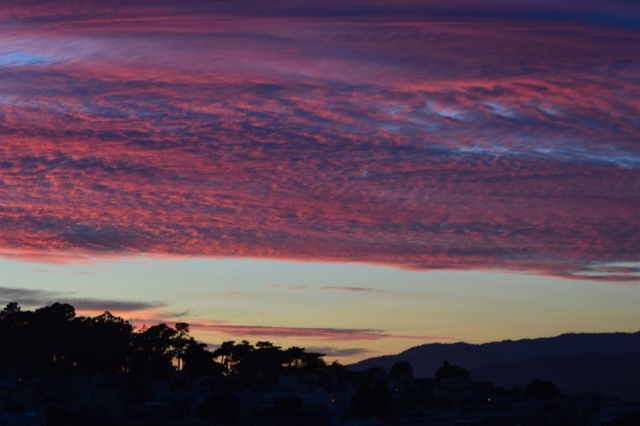 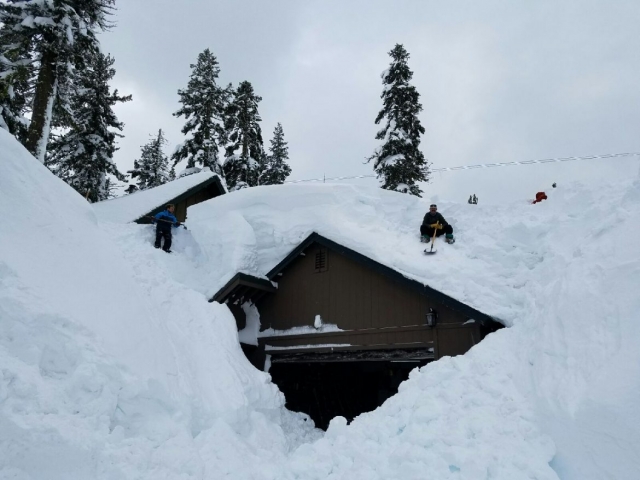 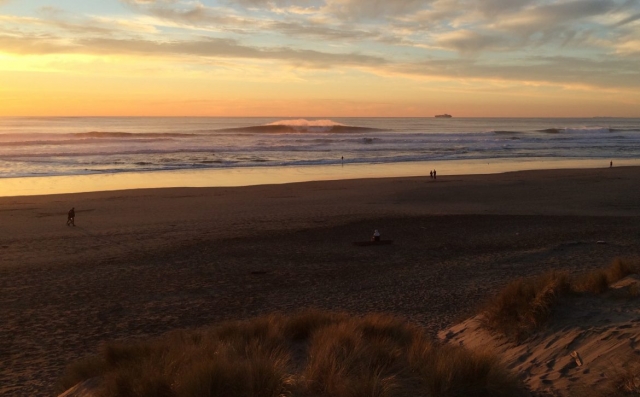 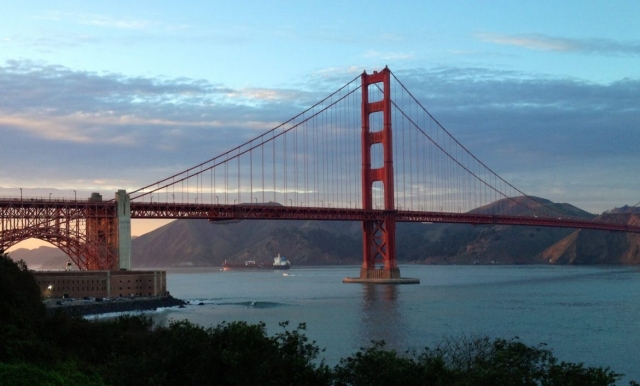 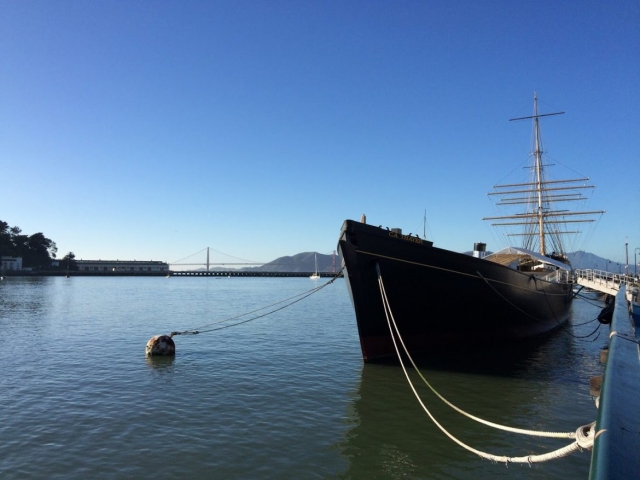 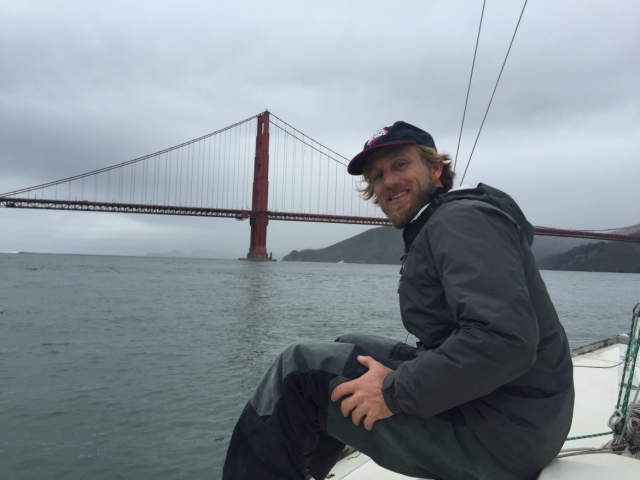 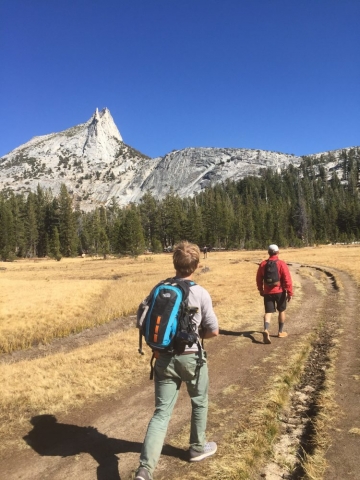 1) The places you most like to eat breakfast: Drink my own French Pressed coffee checking the surf at Ocean Beach

2) Favourite hideaways: The trails inside the Presidio and Fort Point — the US Army occupied the area from 1876 to 1994, so they protected it from dense development; much like our South Shore thanks to the British Army. An Army officer in the 1870s and 1880s planted the base with California hardwoods, Eucalyptus, and palm trees, which makes for a mature parklike feel. At 1480 acres, which is ten per cent of the Bermuda, it is a good chunk of SF and is maintained impeccably by well funded a Federal Trust — I used to pay them rent for three years.

3) If you could only eat at one restaurant during a visit: State Bird Provisions — book your reservation when you book your flight.

4) A must-see attraction: The Golden Gate Bridge and Marin Headlands (same trip) — the scale and the views will blow you away.

6) City’s best kept secret: The Outer Sunset (Neighbourhood at Ocean Beach) — often in the fog in the summer, but can be glorious in the winter! Cool coffee shops, surf shops, galleries and restaurants are popping up out there.

7) Best place for people watching: The Ferry Building — where Market St meets the Embarcadero, the former navel of the city (when a huge percentage of commuters used to ferry to work every day — before the Golden Gate and Bay Bridges were built.