As an 11-year-old, Chloë Kempe dreamt about becoming a vet. When she got the chance to follow the late Neil Burnie as part of a careers day it proved “life-changing”, setting her on a journey that took her to the other side of the world and back.

“I know exactly where I sat, what we spoke about and what we did,” she remembers. “We spent time at Endsmeet [Animal Hospital] as well as the aquarium. We saw dogs, cats, a lemur, tortoise and tree kangaroo. He had such a great way of working with people and animals. It didn’t feel like a job. He really spoke to me like an equal. He made me feel capable and made me realise not to underestimate your effect on young kids.”

Two decades later, she owns her own vet locum business in Sydney called Vet Chloë and has just completed an epic nine-month, 16,777-mile journey, travelling anticlockwise around Australia in her van, Layla with an aim to “get more involved in wildlife and conversation”. She continued her vet locum work along the way to pay for her travels and began a podcast series called Vet Chloë on the Road to interview people she met, share what she was learning and document her experiences.

As well as her desire to see, meet and learn, Ms Kempe was also sparked by anger: “I watched the documentary Chasing Coral, which was very sad. I wrote a letter to the Prime Minister and Environmental Minister of Australia. I had a frustration in me. I get depressed sometimes about the state of the climate and that’s why I jumped in my van. I do think that the planet has an innate ability to heal. It keeps coming back and that inspires me — seeing its resilience. I think about how the body can heal if you allow it. Animals and the natural world have a lot to give.” 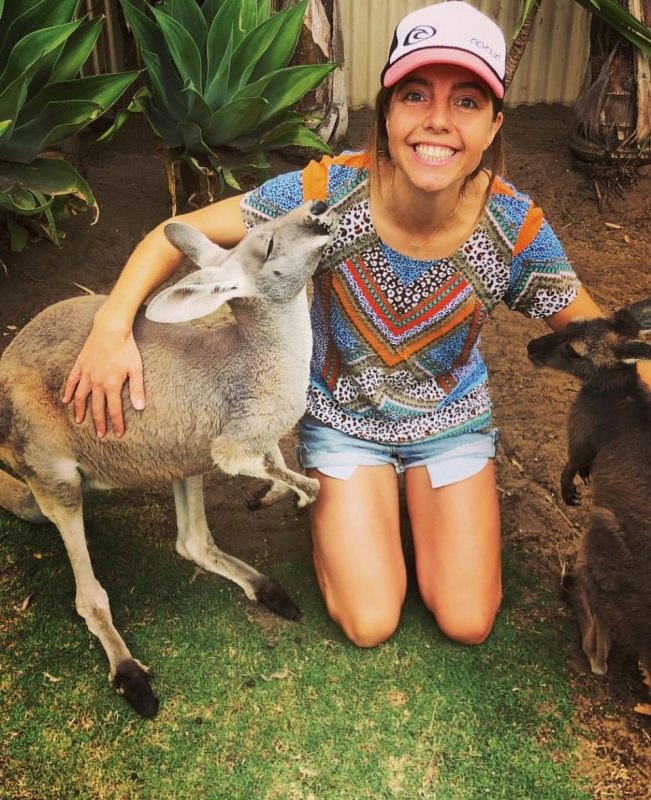 The 32-year-old was also eager to explore more of the vast country she had made her home: “Australia is so unbelievably beautiful and varied. So many landscapes and environments — waterfalls, rainforests, coral reefs, deserts, tropics, coastlines, caves, gorges, sand dunes, forests, beaches, mountains, red earth and even snow!” In particular, she wanted to see the Great Barrier Reef.

A big thrill was experiencing animals in the wild, which involved searching in remote parts of the country. “There’s a total difference from seeing them in a zoo,” she said. “I got to see platypus, crocodiles, dolphins, wombats and kangaroos in the wild. I heard Tasmanian Devils but didn’t see them because they are nocturnal.”

The conversational part of her journey involved some fascinating people, particularly those who work in conservation and animal rescue. That part couldn’t be planned. She played it all by ear and learnt to approach complete strangers.

“I turned up to a town in Western Australia and met a local indigenous man who told me about his connection to the land,” she said, recalling how she learnt in Tasmania about Devil Facial Tumour Disease, an aggressive form of cancer that ravaged the Tasmanian Devil population between 1996 and 2015.

“I had a brilliant interview with a guy who’d done over 40 years of conservation work with Tasmanian Devils even before this facial tumour problem was discovered.”

Travelling around a vast country on your own is no mean feat, but the Bermudian vet found it “really empowering”.

“It definitely took some bravery, especially big drives through big country,” she said. It also fit well with her mantra of the moment: massive imperfect action.

“Just do it. Just make a van — it doesn’t have to be perfect. Just plan a trip — it’s going to go wrong at times.”

Her “open-minded adventurous parents”Jay and Jackie encouraged her to head to the University of Sydney instead of England’s Liverpool University where she was also accepted as a student. 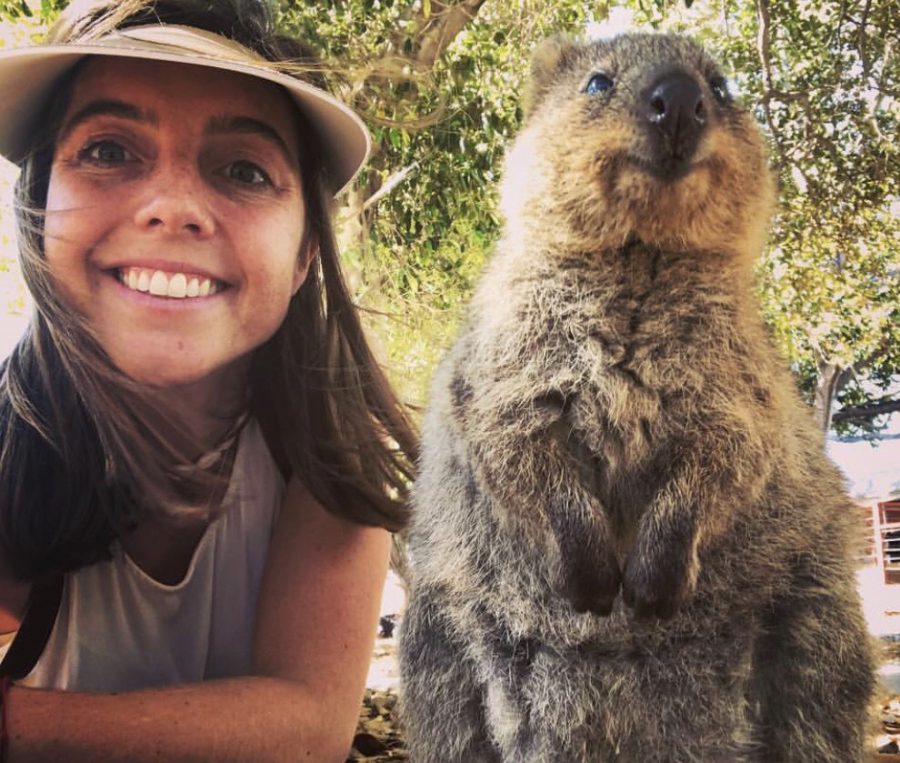 “They really thought I would gel well with Australia,” she said. Ms Kempe was awarded the Nicholl Scholarship, which partially funded her studies. By 2011 she had completed her bachelor’s degree in veterinary science.

In spite of her love for Australia, she says it “can’t compete with Bermuda being my ultimate home”.

“I certainly love Bermuda and I loved growing up there. The aquarium interests me, there’s lots of marine life. Dr Ian Walker has mentored me and always been kind to me.

“My fondest memory is playing on the Bermuda rocky shore. My parents are big animal lovers so it was always a happy home full of animals. We had a whole range — dogs, cats, rabbits, guinea pegs, fish, a little terrapin. Don’t underestimate guinea pigs!”

Of all the animals she has come across, her favourite is the rabbit, followed closely by wombats, giraffes and lions.

“Rabbits are really wild,” she said. “You have to fit into their life. Whenever I learn about a new animal I become fascinated. Most recently it’s the Tasmanian Devil. They are incredible, but endangered and coming back because of conservation efforts.”

After completing vet school in Sydney, she returned to Bermuda to work for a couple of years but felt the need for a “new challenge”.

It was more of a pull than a push,” she said. “My Australian citizenship meant that door was always open.”

She comes home to Bermuda once a year and her family travel out to see her. Her brother, Oliver, helped her get Layla expedition-ready and was with her for the first four months of her travels. Their parents joined them for a Western Australian Christmas at Margaret River, south of Perth.

“Bermudians are unique people,” she said. “I love coming home and feeling local again. What I also miss is in Australia they don’t serve mayonnaise! People find it funny but it’s an issue. I’ll ask for mayonnaise and instead they give me aioli garlic dip, which is not the same!”

For the moment though, having completed her lap of Australia, she is staying put in Bondi Beach and enjoying her passions: “Animals and the natural world inspire me and that’s what I focus my work life around. Animals are so in the moment. I find them really inspiring.”