If you Google UKIE[1], you’ll find that it’s a trade body that represents the interactive entertainment industry within the UK, and its sole purpose is to work at making a positive image for video games and other forms of entertainment within the media industry.

Try IGDA[2]. You’ll discover a society of over 10,000 video game developers worldwide. They describe themselves as being “dedicated to the promotion of innovative ideas and latest developments.”

Women in Games is another example of a professional body that shows an opportunity for a growing industry, and the buck doesn’t stop there: Jian Zihao’s new t-shirt partnership with Lebron James makes one wonder about the possibilities beyond the creation, to selling, franchising, merchandising, and building national players to play on an international level.

Every year, the Department of Education’s Gifted and Talented Education Programme holds a science, technology, arts, engineering and maths (STEAM) academy – which included a Gaming Academy 2018 for children who are interested in learning video game and technical theatre production.

Recently, Trojan Horse Gaming put on a successful full-day Fortnite (Epic Games)[3]Tournament. Over 100 children participated. “Bermuda has many talented players,” says Dion Correia, CEO of Mindshift Entertainment Group Limited and founder of BermyCon, “We have started the process with reaching out to various gaming companies overseas to build a number of international eSports tournaments that can possibly be played here in Bermuda.”

While Trojan Horse wants to play games, Adrian Lodge, founder of Bermuda Island Games (BIG), wants to build them, and both are working with the Bermuda College to explore interest in the subject. Adrian would like to see the same effort and focus which is currently being put into fintech into the games industry which is currently untapped in Bermuda. “While blockchain may be the future, students today are coming back to Bermuda with the skills needed for game development, and just need somewhere local to apply them.” He is keen on growing that industry with other partners, which includes the government.

BIG is an independent game development company that aims to promote the island through games in the most entertaining and educational way possible. Winner of the Rocket Pitch 2018 for a series of educational games, his most recent project involves an adventure with Sir George Somers. He also plans to put on a small competition to see who can come up with the best idea to start building games locally.

When he thinks about a games industry on the island, he refers to what we already know, “The reinsurance industry is doing well here because we have the right infrastructure and regulations.” He feels that we can build what is needed to really fill in a gap in the market.

Despite having the most expensive internet and a limited population compared to other places with thriving industries, Lodge believes that it is very possible to create games in Bermuda that are profitable worldwide. He would even go so far as to say that “this is the third leg.” After international business and tourism, could we have games?

To give an idea of how these types of things are doing elsewhere, Red Dead Redemption 2, an action adventure game developed by Rockstar Games in San Diego, released end of October and made $725 million worldwide in its opening weekend. If we compare that to the film industry, Disney’s Avengers made only $640 million upon its debut last April.

Aside from the potential income for the island, developing games brings skills that are easily transferable and even sought after, i.e.:

For those that are interested in games beyond the playing aspect, there is an opportunity to build careers in marketing, advertising and more. “With this in mind,” Correia says, “we have structured a plan that will include us working further with the government in making sure that we are able to build a foundation and direction in helping to build interest in all areas of gaming.”

How can a business get behind this? Help to create the space for innovation and learning to take place, or look to ESPN and get behind a gamer. One Communications has already committed, along with BermyCon, Gamers BDA, DNA Creative Shoppe and Bermuda Tabletop Wargaming, to bringing international gaming to Bermuda.

Venues can sponsor their space for tournaments, parents can volunteer, and of course, financial donations go a long way. Companies can, of course, benefit from the normal advertising spiel, but more so by taking on the corporate social responsibility to contribute to industry, create opportunities for different learners, innovate the island and educate the world. A stretch?

“That’s the thing about games,” says Lodge, “the limit is your imagination. You can build anything. That’s why kids are drawn to it.”

[1]The Association for UK Interactive Entertainment

[3]Developed by California-based studio Epic Games, Fortnight is what’s known as an open-world survival game, in which players collect resources, make tools and weapons, and try to stay alive as long as possible. 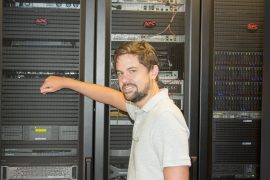 Oxygen: Experts in remote-working IT solutions 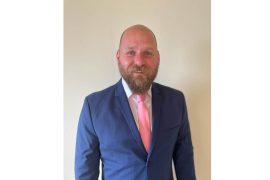