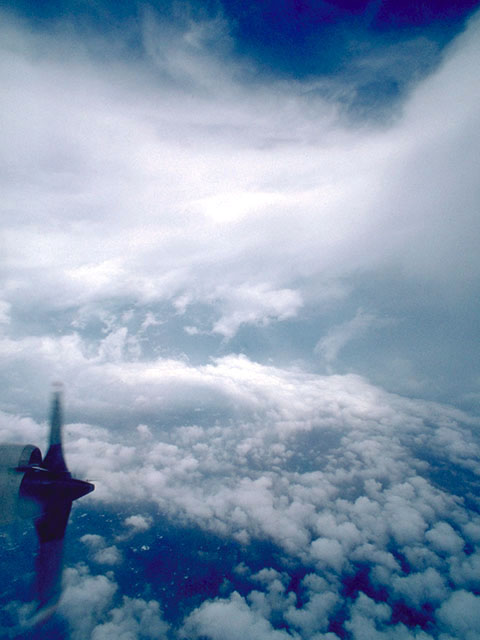 In boxing, if you get hit hard enough, it actually doesn’t hurt that bad at first. You become dazed, your ears ring and then disorient sets in. Your brain doesn’t immediately process the pain — until the next morning. The 1987 Hurricane Emily was branded as this — a “swift, sharp punch”, because of its unforeseen arrival.

Emily was an unexpected plough through the country and into the Atlantic Ocean; winds of up to 112 mph tossed boats out of the water, flipped cars, uprooted trees, tore out roofs and cut power to 90 percent of the island.

winds of up to 112 mph tossed boats out of the water, flipped cars, uprooted trees, tore out roofs and cut power to 90 percent of the island.

The hurricane, at the point of reaching Bermuda, was expected to be a mere tropical storm, but instead of continuing to weaken, Emily underwent what meteorologists now call an “explosive intensification”.

It gained unexpected strength, blamed by ahigh-pressure front along the eastern coast of the United States, and tipped into the Category three hurricane range (111–129 mph). The night before it was set to hit Bermuda, Emily’s winds unexpectedly increased to 80 mph from 70 mph as it raced northeast from Dominican Republic, where it left three dead in its wake. 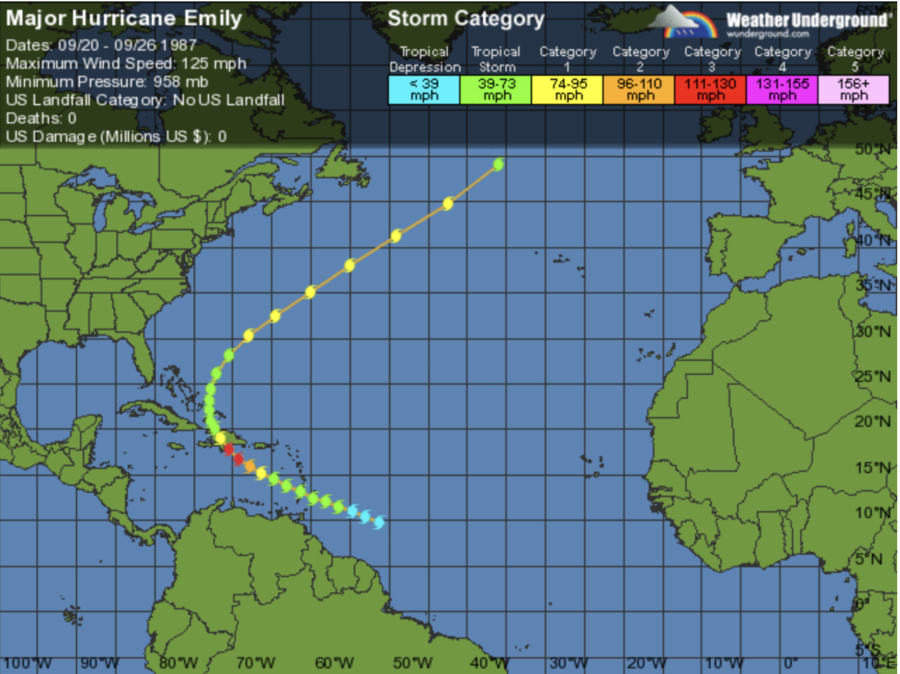 The hurricane ended up causing $50 million in damage to Bermuda, though no one was killed. Authorities received over 230 reports of buildings losing their roofs (including the airport) and 16 people injured due to high winds.

The hurricane ended up causing $50 million in damage to Bermuda,

At the time, this hurricane was known to be the single worst hurricane strike that Bermuda had sustained since 1948. It also marked the time when the Regiment stepped out of its traditional roles of pomp and circumstance to take the lead in a hurricane recovery effort.

As the island began what would be a three-week wait for British troops to mobilise and send help, Warwick Camp decided that it was not just for show and parade. Within three months, the Regiment restored the island to near pre-Emily condition and has now an established role in natural-disaster preparedness and relief, not only in Bermuda, but also in recovery operations around the Caribbean.

Major Wendall Hollis remembers the event as being one to remember for Bermuda commenting that hurricanes today now “bring Bermudians together as a people. National unity and pride are never higher than the day after a hurricane… That clean-up day in 1987 was a huge day of national unity.” How’s that for a silver lining?