On most diets, the body uses glucose as its primary energy source. The ketogenic diet essentially forces the body to use fat instead, mimicking a state of starvation where the body breaks down fat stores and converts them into ketones through a biochemical process called ketosis.

What’s the science behind it?

Reaching ketosis requires following a strict formula of 75 percent fat, 20 percent protein and 5 percent carbohydrates. For most people, maintaining such a ratio can be extremely challenging and requires lots of planning. Proponents claim it’s worth it, that it burns fat more effectively and can reverse type 2 diabetes.

To get there, the liver produces ketones from fat. The ketones then serve as a fuel source throughout the body, especially the brain, burning fat 24/7. 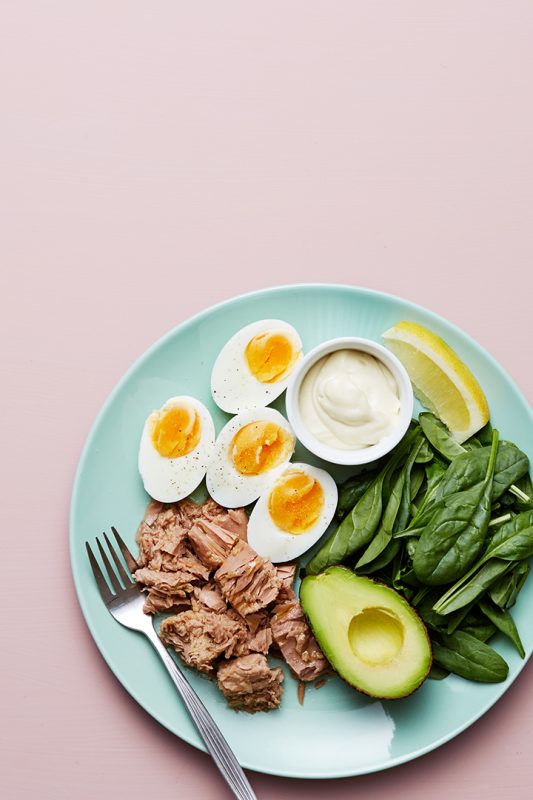 Not to be confused with….

The Atkins diet, which also encourages people to lower their carb intake. The main difference between it and the keto diet is that the Atkins diet includes a gradual increase in carbohydrate intake.

See your doctor before you start

Care especially needs to be taken if you have type 1 diabetes, if you’re taking medication for high blood pressure or if you’re breastfeeding. As well, it’s estimated that the keto diet can bring worrying elevations of low-density lipoproteins or “bad” cholesterol and total cholesterol for 1 percent to 2 percent of the population.

Water is perfect. Coffee and tea are fine, ideally without any sweeteners, especially not sugar; a small amount of milk or cream is OK. The occasional glass of wine is fine too.

Such symptoms show up a few days after the diet starts and usually disappear within weeks, once the person becomes “keto-adapted”. It’s claimed that the symptoms can be reduced or eliminated by drinking a cup of bouillon or broth 1 to 2 times per day, or eating lots of vegetables or another source of fibre.

Adaptation to burning fat can take anywhere from weeks to a few months; bodies must shift from burning sugar to primarily burning fat for energy, even in the muscles. Exercising while following the diet supposedly brings about a faster change.

There is no well-established evidence to support its sustainability on a long-term basis. There is research that claims that restricting carbs and replacing them with animal-based protein and fat could lead to a shorter lifespan.

This article was originally posted in the 2019 edition of the RG Summer Magazine.