For petrolheads, it’s Nirvana, the gold-plated showroom, top of their bucket list. From the 7th to 17th March this year, over 660,000 visitors descended on the Palexpo convention centre in Geneva, Switzerland for the 89th Geneva Motor Show, or more correctly, Le Salon international de l’automobile. I was supposed to go, but my wife had me booked to wash the windows, clean and gas the car (the irony!) and mow the lawn, so maybe next year…

The statistics that accompany the show are truly staggering. Aside from the vast number of visitors, there were 141 production cars (from the Abarth 124 Rally Tribute to the Zeno TSR-S “Grotta Azzura” Blue – I hadn’t heard of it either) and 41 concept cars (from the Alfa Romeo Tonale to the Volkswagen T-Roc R). On top of that there were also sections for electric and alternative powered vehicles, converted cars, accessories, special bodywork and design, original equipment manufacturers (OEMs), and the maintenance industry, giving a total of over 900 vehicles on display with 150 of them being world or European premiers, all held in seven exhibition halls covering a total of 102,000 square metres, or 25.2 acres. Which is a lot of people, a lot of cars and a lot of property.

One of the most interesting features of car shows, and of relevance to the general motorist, is the display of concept cars by major manufacturers. They are designed to demonstrate the probable shape and look of the next new model, which is often not more than a year or two away from full-scale production. Bermuda’s size and power limits deny us the opportunity to own most of these models. However, we might soon see the new Jeep Renegade eAWD, the Mitsubishi ASX, Peugeot 208, Renault Clio and Twingo, the Smart Forease+ and the Mitsubishi Multivan 6.1 (as a taxi). All of these were on display, some with extreme design features which may, or may not, make it into the final production model. 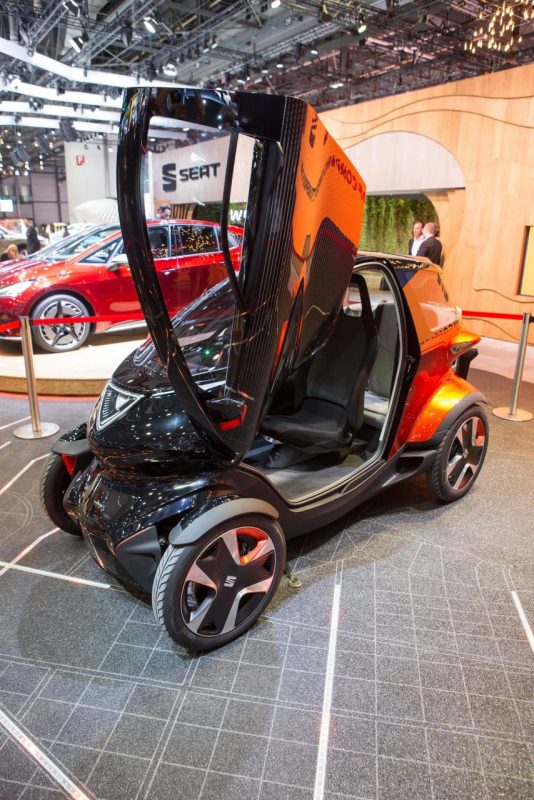 Looking back over the years, it is noticeable how the tone of the major motor shows has changed and, in my view, improved. The launch of a new model by a major manufacturer is usually a serious theatrical event, featuring music (loud), smoke and mirrors, a dramatic unveiling (either from under a wrap or from behind a screen or smoke) and, reviously, scantily clad young ladies, who draped themselves seductively over the front of the car. This year, things were quite different. For example, the new Ferrari F8 Tributo was unwrapped by four young men in smart suits, and there were no female embellishments present when the Aston Martin Vanquish Vision Concept was unveiled.

And other changes are in the air. Some manufacturers are now choosing to launch new vehicles outside of the motor show circuit, and some elected not to even attend the Geneva show, including Ford, Jaguar, Land Rover and Volvo.

Another difference from earlier years is the huge emphasis on electric cars. Most of the bespoke, smaller manufacturers are exclusively concentrating on these to the exclusion of the internal combustion engine and even hybrids. And take Citroen for example, maker of iconic designs such as the 2CV and the Safari. They chose to celebrate their century by unveiling the Ami One, a small boxy all-electric car with a top speed of 30mph and a range of just 60 miles – a city car if ever there was one and probably ideal for Bermuda. So, you might see that here sometime soon. Changed days indeed.

I’m sure we would all love to own an Aston Martin, Ferrari, Lamborghini, Jaguar or Range Rover, but, being realistic, what would your pick be from the above?

I think I’d go with the new Citroen Ami One. See you at the show next year.