In this issue of Big World, we caught up with Bermudian Tariq Lynch-Wade, Flight Operations Inspector (FOI) for Bermuda Civil Aviation Authority (BCAA). He talks to RG Mags about his incredible position, how he got there and the perks of travelling for work.

Which city are you based in?

I’m based in Hong Kong. Part of my development plan with BCAA is a secondment with Hong Kong Airlines, where I joined on the narrow body Airbus A320 and recently moved up to the widebody Airbus A330. 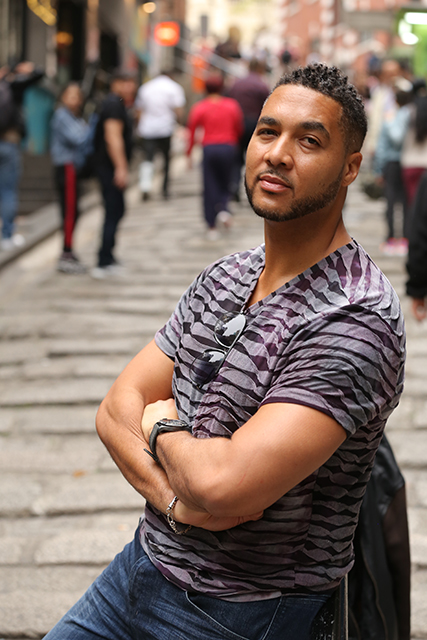 What does an FOI do?

The FOI is responsible for providing safety oversight of all Bermuda registered aircraft in the private category by ensuring they meet and maintain compliance with international standards. As First Officer on the A330, I along with the Captain, safely operate the aircraft anywhere within the route network of the airline.

Tell us about your journey…

As a kid, my ultimate dream was to become an airline pilot, so that’s where I set my sights. There have been many ups and downs (no pun intended) filled with more opportunities than disappointments. After I completed flight training, I became a Flight Instructor, teaching others how to fly and was subsequently promoted to Assistant Chief Flight Instructor with Delta Connection Academy based in Jacksonville, Florida.

What do you enjoy most about being a pilot?

The view! Being able to see the Sunrise or the moonlight causing the bed of clouds to glow beneath us is like watching nature’s poetry. One of the more fulfilling experiences of being an international pilot, though, is continuously navigating different cultures and perspectives.

Where have you flown so far?

I have had the opportunity to fly into Africa, Asia-Pacific, Maldives, Europe, Middle East, Russia, and Kazakhstan.

No month is the same.  Some trips result in what are known as turnarounds where we take passengers from Hong Kong to another destination, then an hour later take a new set of passengers back to Hong Kong.  Other trips are longer flights which allow us to have anywhere from a day to three days off at that destination to explore.

What do you like to do on your time off?

Some days I go exploring the sights of the city, or go hiking up the mountains, but usually days off result in doing some intense physical activity or finding a new place to eat.

If you could play a song in the cockpit, what would be your theme take off song?

If I had to narrow it down to just one, I would choose ‘Kendrick Lamar, SZA- All The Stars’.  Something about the rhythm incites a similar adrenaline boost as the sound of two roaring engines powering us down the runway.

Favourite local food and the best place to eat it.

Dim Sum is something Hong Kong is famous for, and the vegetable Dim Sum is my favourite.  There’s a little hole-in-the-wall family-run restaurant called “Dumpling Yuan” in the city that serves up a great array of dim sum options along with garlic broccoli.

The best-looking airport to fly into

Shanghai Pudong International Airport is probably the most amazing airport to see at night.  There’s what appears to be an infinite amount of lights and large aircraft loading passengers to fly to every continent in the world except Antarctica.

The best spot for shopping

Hong Kong is a shopper’s paradise. There is no shortage of malls, shopping centres, and markets to spend money.  Everything from cheap knock-offs to outrageously expensive luxury name brands can be found here. It can be quite overwhelming even still today having been here for 3 years.

If we only had 24 hours in Hong Kong, where should we go?

Ngong Ping to see the Big Buddha, take the tram up to The Peak and see picturesque views of the world-famous Hong Kong city and Victoria harbour, immerse yourself in the tranquil Nan Lian Garden which is a far cry different than the bustling atmosphere of Hong Kong city.

A place that reminds you of Bermuda

The active marina of the Viaduct Harbour in Auckland during the summer gives a feel of Bermy during the summer months. The Maldives offers a utopia in the middle of the Indian Ocean and bears a similar beauty to our Pearl of the Atlantic we call home.