As a former basketball player Chris Crumpler has used the principles he learnt on the court to put into practice throughout his life.

It’s his secret to success.

And it’s part of that success that has seen the growth and empowerment of boys in the community in his role as mentor and, most recently, as the executive director at Impact Mentoring Academy (IMA), an all-boys charter school.

With education in crisis teaching boys has been looked at as a problem.

“We as adults are the problem as children are the product of their environment, and what they have been conditioned to believe from racism to hatred to sexism it is all perpetrated by the environment they are brought up in,” said Chris when RG Magazine met him just before the school year began for IMA.

“We look at the student and character focus is first and most important, so we’re not trying to compete with test scores. We have a strategic advantage here because we are student-focused.”

Chris was born in the United States and adopted as a baby by black parents, as at the time it was considered taboo for his white mother to have a black baby. His adopted father had a profound impact in his life as he refused to allow him to be involved in any negativity despite his own hardships. In turn, Chris has been focused on mentoring young boys since his university days when his now wife encouraged him to join Big Brothers Big Sisters in the St Augustine, Florida area where they attended school together.

There’s been a systematic marginalisation of boys in Western education

It was there that the basketball star found his calling that would eventually lead him to Bermuda to work for the Ministry of Education, co-found the Team Street Safe programme, become a youth mentor, and take on his present post leading middle and high school boys to achieving their greatest potential. 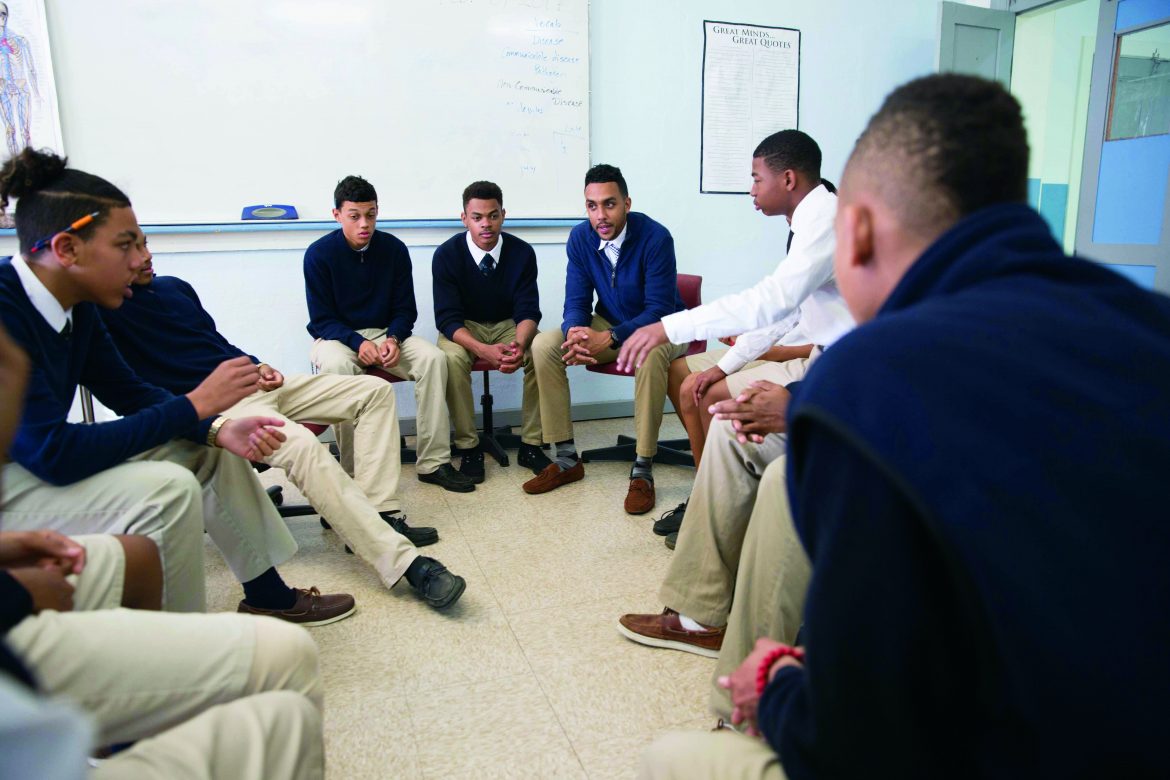 “There’s been a systemic marginalisation of boys in Western education and that means there’s now a lack of men stepping up and taking on their responsibility,” Chris said. “The community is suffering and women and children are suffering and it’s putting a strain on our community resources.”

While basketball and its principles were part of Chris’ own development into a focused and dedicated mentor, his time as a Big Brother was the beginning of his path to educating boys.

“Basketball has taught me the principles and habits that I like to call my secrets to success,” he said. “Ingredients of a productive mindset, attitude and focus that can be applicable to any arena.”

And it was during his basketball career at Flager College that the business major realised how simple and effective it could be to just give time to the youth in underprivileged areas and the projects near the college.

“It was one weekend when I was spending time with my little brother and I told him I didn’t have any money to take him to the movies, and it was when he said, ‘that’s okay, I just wanted to spend time with you,’ that I realised that I really wanted to get into education and that was where my gift was.

“I was doing what my dad did for me and I didn’t have to go to school to learn that,” he added. “For me, being a mentor is vital, because by helping others its helps me appreciate what I have and who I am. The best way to get involved is to see a need and meet a need. It’s all around us. The question is our individual willingness.”

Not enough men are stepping up and saying, ‘I’m committed to you no matter what’

So while IMA is sending men out into the world with the knowledge they need, they are also teaching them how to question and explore their world, to adapt to the changing world as well as become men of character to develop qualities that extend far beyond the school walls.

“In my experience and perspective I believe first as a community we have to value men and make that our top priority, so that being a man can be something to be desired in the capacity to serve others,” Chris said. “Then men have to value women and honour them by making a commitment to creating a holy union for life.

“Then, subconsciously, the value of being a father will be embedded in both men and the community. Translating to becoming a healthy, productive and committed father will be a more natural and socially empowering transition.

“These values are important to reinforcing the importance of being a man, and that you as a man have so much to give despite your title or position. I feel like I’m living my purpose and I’m very fortunate to have the opportunity to be part of the school, and that the parents and board have invested in me and have faith in me working with their children.” 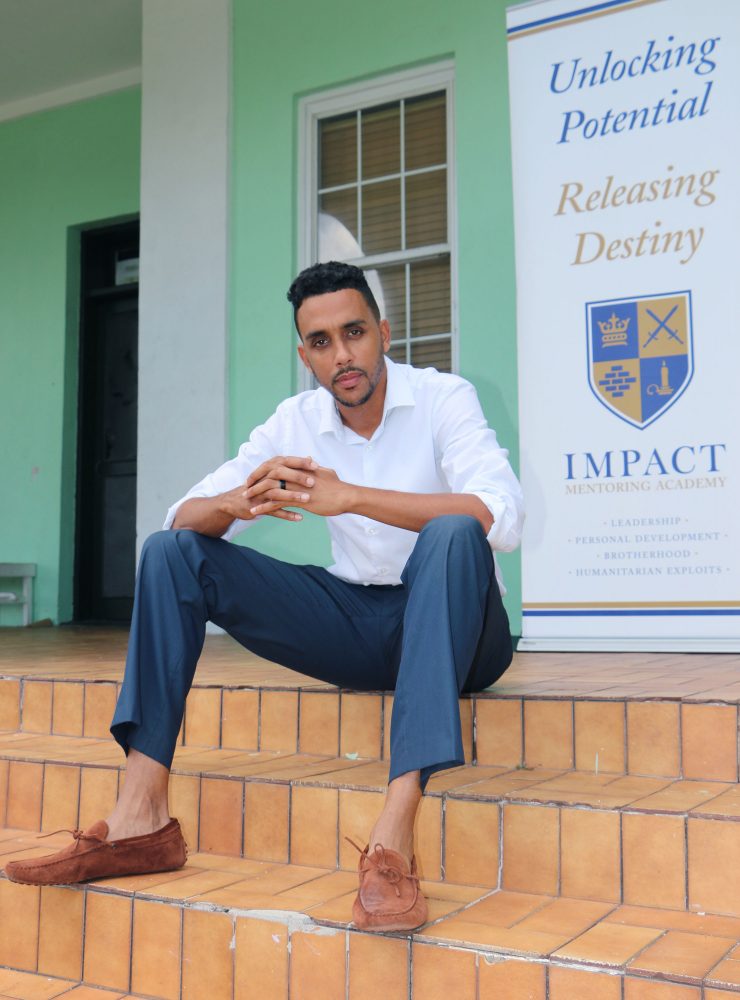 Impact Mentoring Academy started out as homeschool in 2001 and the school has grown in strength, and size, over the past 16 years. With a 75 per cent retention rate in its first 14 years the school is now housed in the Old Berkeley school building, and is continually inundated with interest in prospective students. And anyone who may have any scepticism towards the school’s untraditional way of teaching boys are always welcome to visit IMA to find out how the difference is getting results.

“Our main goals are to establish an institution for transformation for the mind, body and soul,” Chris said. “Our focus is boys becoming men due to the power of what they possess for not just themselves but for everyone. The value of men becoming servant leaders is the image we are trying to exemplify and instil within them.

“While there are many big achievements for IMA I can only speak to what has happened in my first two years regarding personal growth in the parents, students and staff that is life changing. We have now reached the highest enrolment in our history as well as an increase in staffing, programmes and administration. My goal daily is to get better day by day and challenge myself and our team.

“We also have new local and international partners. We want to be the flagship institution in the world for boys. We are working to compile research and best practices to create the culture that allows for the results we desire.”

Personally, his life has come full circle having married the woman that encouraged him to mentor in the first place, and he lists his wife, his children and his faith as his greatest achievements.

“The game is growing and progressing and I am encouraged by the local and international success of our youth high school/prep players and current college players,” he said.

“Bermuda has been really good to me and I feel like what I am giving back now is a pay it forward kind of thing for me.”