I was raised in a home that did not eat red meat. My brother and I where brought up only eating chicken and fish. My father was Rastafarian at the time, which is prominent religion in Jamaica were meat and alcohol are not allowed.  During those times people didn’t really consider white meat as bad for you. 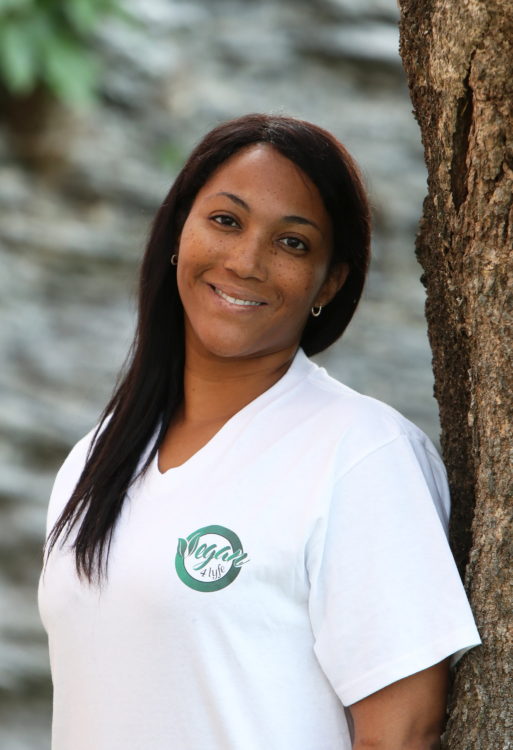 After noticing several recurrent health problems; I had been diagnosed with gestational diabetes twice and been told I was pre-diabetic. Not to mention the weight I had put on I decided to make changes. I decided to do the 30 day Vegan Challenge. Something I encourage persons interested in the “plant based lifestyle” to try. After the 30 days was over I was 12 pounds lighter and has a new zest for life that was short  lived once I traveled abroad for schooling.

Once I began school, I found it easier to consume coffee and drive thru meals. At the time I felt it was also cost friendly which is what I often hear people say to me. But  what I saved in money, I paid for in health. After all “health is wealth”I began to pack on the pounds I had lost months before, and then began sluggish, lazy and weak.  I suffered with migraines and depression I kept thinking what I could do to begin to change. I tried diet pills, they were loaded with caffeine which left me with no appetite, I had constant jitters and couldn’t focus in class.

The New Year was fast approaching and like everyone else I know, that is the time where everyone wants to set goals in place for the upcoming year.  I decided I wanted to start feeling like I did when I did the 30 day challenge the year before. I started to incorporate veggies in everything I ate I mostly started with salads and wraps, I also experimented  with different grains. My go to meal is Avocado on seven grain toast.

My go to smoothies always have bananas – I love bananas.

My breakfast consist of: Fruit smoothies, hot cereal i.e. oatmeal, polenta, cornmeal with almond milk, avocado on toast.  With my favourite being a super green smoothie

How did VEGAN4LYFE Brand start?

I was constantly asked by people who noted my significant weight loss what I had done differently. It became such a frequently asked question I was prompted to start a blog and then a Facebook page, Instagram and Twitter. The Facebook page has been the most successful so far.

The recipes I share and post online are for people transitioning to a vegan lifestyle or just starting out. I try and make things easy for persons who may not be used to cooking their own meals. I try and make them less than 25-30 minutes if possible.

For more information visit vegan4lyfeblog.wordpress.com or visit them on social media.

This article was originally published in the April 2018 Edition of rg Green Pages.

Getting a NEWSTART on Life at Any Age!

The Plight of the Financial Late Bloomer: It Can Be Easier Than You Think